Grapegrowers are dealing with several different diseases, among them also “trunk diseases” which in most cases cause sudden dying of grapevines. There are several know trunk diseases of grapevines, but lately esca seems to be the most devastating. In the last years it becomes a real problem in several European wine countries, such as France, Italy and Spain although is also well known in other grape-growing areas of the world. On winegrowers sorrow, the disease has not been thoroughly studied and there seems to be no cure for it.

According to existing studies, esca is caused by several different fungus such as Phaeoacremonium aleophilum, Phaeomoniella chlamydospora and Fomitiporia mediterranea. Since symptoms of esca appear on mature grapevine in vineyards 5 to 7 or even 20 years old, it seems that intensive pruning, frost and other mechanical injuries can contribute to disease development. Even though esca appears in older vineyards, grapevines can get affected already in a nurseries. First symptoms of esca appear as dark red (for red cultivars) or yellow (on white cultivars) stripes on leaves, which eventually dry and become necrotic. When the disease progresses it causes a dieback of the entire grapevine. Sometimes there are even no “warning” symptoms and the whole grapevine suddenly dry out. Read more about esca in Jancis Robinson post: Esca and friends. 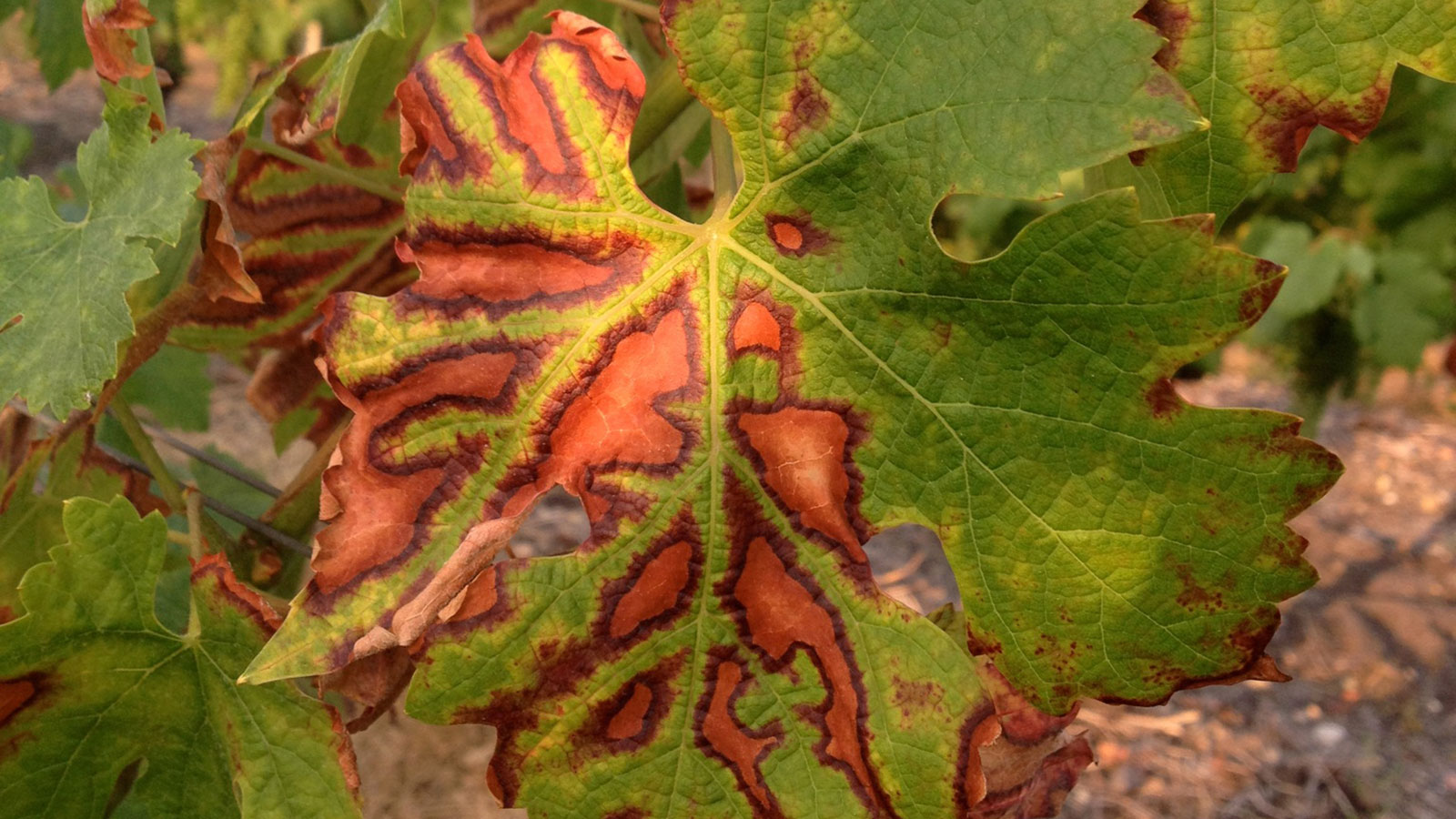 Dimensions of grapevine trunk diseases have become so problematic for grape growers in France, that even Hennessy with his famous Cognac house invest 600.000€ in INRA research center to explore and find a solution for those devastating diseases, read more.