Why the need to calculate growing degree days in vineyard?

The spring is coming and with the sunny days, the vines will slowly awaken from winter hibernation.

Grapevine is a plant of warm climate: it requires a sufficient amount of heat for the growth. Its development is strongly influenced by daily temperature. Therefore, to predict vine growth stages such as bloom, veraison, and maturity, grape-growers often use weather based indicators. One of the most known tools to predict plant development rates is growing degree day calculator.

Growing degree days (GDD) are a big help to grape-growers also when predicting the grapevine pest development. The insects need, just like a vine, a sufficient amount of accummulated heat in the season, to emerge. With the help of calculated GDDs, vineyard managers can predict when the insects will be active or when they will be in the most vulnerable phase, so the grower is be able to effectively suppress them with a minimum impact on the environment.

Apart from those two reasons, growing degree days are useful also for:

How to calculate growing degree days?

Growing degree days (GDD) are calculated for each day on a basis of daily average temperature and base temperature of a certain crop or pest.

Typically, GDD start to accummulate at the start of growth in spring – for vines on northern hemisphere that’s 1st of March or 1st of April while on southern hemisphere on 1st of September or 1st of October and ends at the end of the growing season. This is when the average daily temperatures start being larger than base temperatures for GDD calculation. 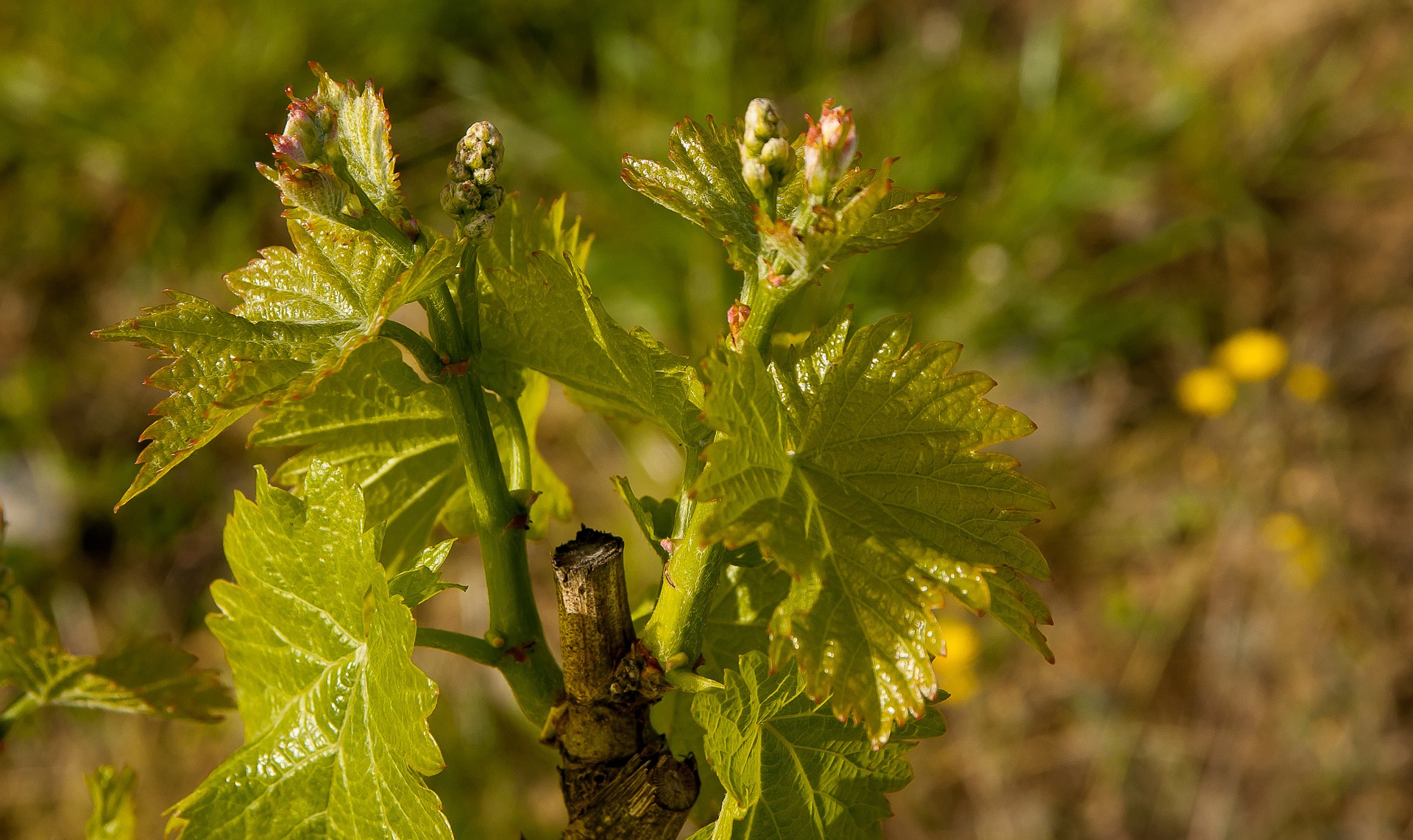 Note that different vine varieties require different amounts of summed GDDs for a specific growth stage. For example, early bud burst vine varieties, such as Chardonnay, need about 75 GDD for budburst and 345 GDD for flowering, with a base temperature 10°C and starting date of calculation on the 1st of March. On the other hand, the late bud burst vine varieties, such as Cabernet Sauvignon, need approximately 87 GDD accummulated until budburst, and about 375 GDD accummulated for flowering.

For the grapevine pests, for example in Turkey, the base temperature for European Grapevine Moth is set to 12 °C. The first generation emerges at about 120 GDD, the second generation at 520 GDD, and the third generation at 1047 GDD.

To compare one wine growing region to another, A. J. Winkler, developed Winkler index (originally for California) on the basis of the growing degree days, summed over the season on average. He classified climates of wine growing regions into 5 regions/classes, and identified typical grape varieties that can be fit to each of those regions. For the calculation, he used the sum of degree days over 10°C from April 1 until October 31. Winkler index has some limitations, since for example it doesn’t take into account soil temperatures, sun exposure, latitude, precipitation, and the risk of extreme weather that can influence on grapevine growth. However, it gives a rough overview on the climate of various wine growing regions, and the possibility to compare one region to another.

Table of wine growing regions and typical grape varieties according to Winkler index.