Probably there is no one, at least in the “western world”, who wouldn’t have heard something about the organic food.Newspapers and magazines are full of organic food – their positive effects on human health, andon the environment, etc. Also Social Media is full of stories of people going “green”; people are sharing photos of healthy organic food of which the ones with more labels are the better. Now I am wondering whether those people really believe in organic food production or they just hit the wave and want to be trendy…

It’s more than obvious that large corporations see the financial benefits of the organic trend (organic food is normally a bit more expensive than the conventional one) so they rapidly adapted their marketing strategies to “new” consumer’s preferences. But how about small farmers who cannot financially and physically adapt so rapidly to the new trends? Should they convert into organic, or not?

There are many different definitions of organic viticulture; basically it stands for production of the grapes in an environmentally friendly way, which means taking care of the natural balance in the vineyard and the surrounding area, with no use of synthetic fertilizers, herbicides, insecticides, and fungicides. Although the basic guidelines of organic production are the same all over the world, rules may vary from country to country. For example there are different limitations of sulfites use in organic wine production between EU, USA and Australia. (We are going to write about that in some of the next posts.) 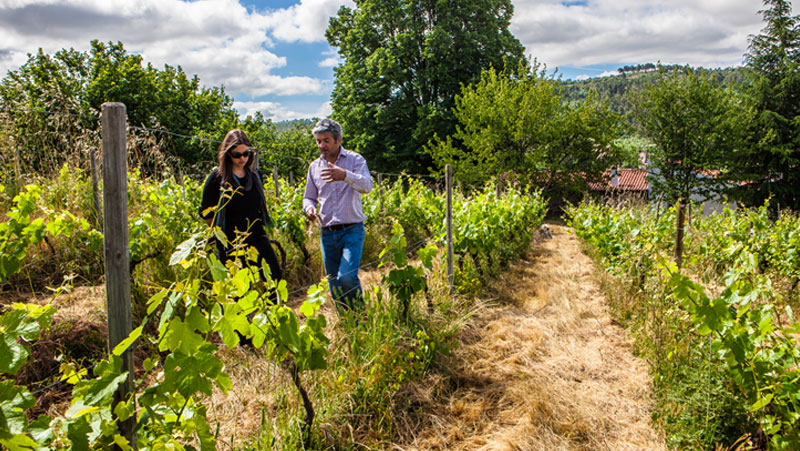 So, which are the motivations for small grape growers to convert into the organic production?

Winegrowers use a lot of pesticides to spray their grapevines, for example in France, the biggest wine producer country, there were even death cases of constant pesticide use in the vineyard. Therefore, the protection of winegrower’s health is an important cause to go organic. In addition to that, most of the pesticides can absorb into the plant and consequently end up in wine, so minimizing the amount of residues in wine for consumers’ protection is another plus of organic winegrowing.

Nature friendly production, which promote “positive interaction between soil, climate and plants« is the only way to really taste the »terroir« of a wine.

Organic growing promotes production of food in harmony with the nature, and helps to maintain the natural ecosystem balance. Use of chemicals in agriculture contaminates the environment, poisoning water supplies, and destroying soil natural fertility. The saddest thing is that vast majority of chemicals (99%) used in agriculture production contaminates the environment and only 0.1% of applied pesticides reach the target pests. While organic farming promotes responsible use of natural resources and treating which enables good health of the soil and reach biodiversity. Organic farming promotes genetic diversity of agricultural crops which has been lost in the past few decades with intensive monoculture farming. With crop rotation between the rows in the vineyard, you can reduce the need for pesticides use and improve soil fertility.

Lots of people decide for organic production because of their inner believes, such as respect to the environment, desire for zero pollution production, respect for flora and fauna, biodiversity preservation and/or their human link to the land. Another, little less “green” motivation for going organic is also the fact that more and more consumers care for the environment and quality of food they are eating. And they are also prepared to pay a little bit extra money for that. Global organic market is rapidly growing and it reached 72 billion US Dollars (cca. 55 billion euros) in 2013, and continues to rise.  In addition, many countries have some kind of subsidies which encourage farmers for the transition to organic.

Even though the financial part of organic viticulture seems appealing, it cannot be the only reason why winegrowers convert into organic production. Depending on the amount of work which increases when switching to organic production, it is important that farmers really believe in it and understand all of the positive effect on the environment, health and future that organic production brings; otherwise, there will be just a struggle with all of the rules and paper work of organic labeling. There is no better thing than working something you believe in and it makes you happy.

Let us know your thoughts about going organic in a comment below!